In the first year of MLB’s single trade deadline rule, many of the league’s stars are going to find themselves donning new uniforms come August. While deals were initially scarce, trades rapidly went through in the last few minutes before the 1PM deadline on 7/31. 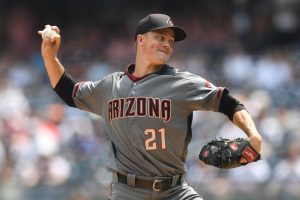 One of the biggest trades near the deadline took place on Tuesday 7/30. The Cincinnati Reds, Cleveland Indians, and San Diego Padres engaged in a three-team deal that sent power hitting outfielders Yasiel Puig, Franmil Reyes, and pitcher Logan Allen to the Indians, pitcher Trevor Bauer to the Reds, and OF prospect Taylor Trammel to the Padres. Many in the industry consider this trade a positive for each of the clubs.

The 31st started off slow, but the deals quickly picked up close to the deadline.

Surprisingly, the Yankees, Red Sox and Dodgers seemed to relatively stand pat. It will be interesting to see how the moves help or hurt clubs come September and October.