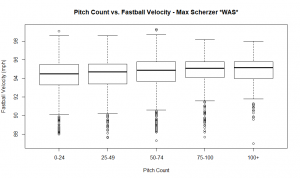 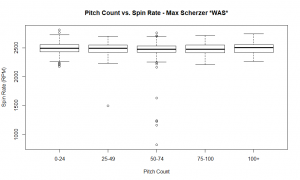 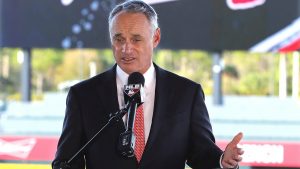 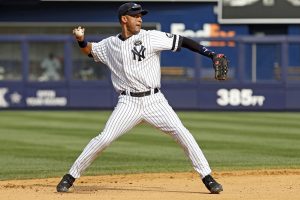 Last week, the BWWAA voted on the next class of Hall of Famers to be inducted this summer in Cooperstown, New York. Headlining this year’s class was Yankees shortstop Derek Jeter. Jeter was inducted on his first ballot, just missing a unanimous vote by 1 voter. On the other end of the spectrum, it was the last year former Expo/Rockies great Larry Walker was on the ballot, and was elected in, passing the threshold by just 6 votes.

Jeter was undoubtedly going to be a first-ballot hall of famer long before the final decision was made. He was an icon in New York where he played his entire career, and was a symbol of hard-work, preparation, and execution. Many of Jeter’s memorable plays are ingrained in the minds of many, including the “flip” in the 2001 ALDS against Oakland, as well as his jump throw in the 1998 ALCS.

Jeter retired in 2014, and in his final at bat in Yankee Stadium, punched a walk off single through the 3-4 hole of the infield. 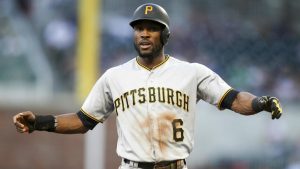 Awhile back, I investigated the question of whether a pitcher’s fatigue can be identified by assessing their velocity as the game progressed. In that investigation, I used a LOESS regression curve to plot pitch velocities against the pitch number in each respective game for a randomly selected starting pitcher. 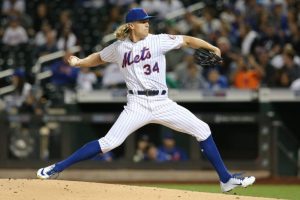 A few days ago, this question came back into my head and I decided to try a couple of different approaches. This time, I want to look at the average fastball velocity for each pitch number, and compare that to a handful of other pitchers to see if there were any consistencies.

To start, I queried all the pitches thrown by the following pitchers, and filtered each dataframe to only fastball pitch types:

I then grouped the pitch numbers into discreet categories:

I did this so that I could run comparison of mean tests to see if there were any statistically significant differences between the average velocities of each pitch group.

I decided to test the procedure with one pitcher (Noah Syndergaard). Syndergaard pitched in 32 games in 2019, posting a 4.28 ERA, 1.23 WHIP, and holding a 10-8 record. His fastball velocity is amongst the highest in the league, which is why I decided to include him in this study. 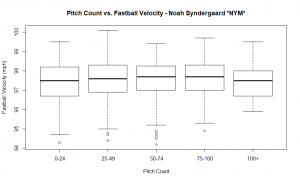 Above is the box plot generated comparing the fastball pitch velocity against pitch count. The black line in the middle of the box represents the median velocity value, and a very small positive trend can be observed. However, after running a significance test (kruskal-wallis), the resulting value was 0.5952. This means that there is not a statistically significant difference between the average velocities of each group.

This made me rethink what variables I should investigate. In my prior study, fastball velocity wasn’t a conclusive indicator either. Therefore, I shifted my focus to spin rate. Perhaps there was more of a sign that a pitcher is tiring based on the spin rate of his fastball late in the game. 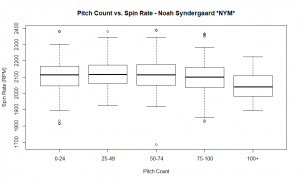 To my surprise, the box plot comparing spin rate to pitch count shows more of a difference amongst medians, and the kruskal-wallis test came back with a value of 0.05. Therefore, one can state that there is a statistically significant difference between the mean spin rates of each pitch count group.

Syndergaard’s average fastball velocity was 97.52 mph, and his average spin rate was 2105.93 RPM.

My next steps are to compare these results to the other pitchers I have queried data for and compare the results. 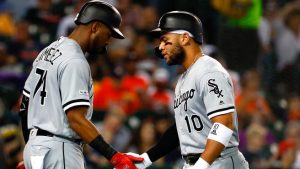 With the Chicago Cubs winning the World Series in 2017 and them being a prominent team in contention for most of the decade, baseball has been fairly strong in Chicago. However, the decade hasn’t fared well for the team on the South Side, as the White Sox haven’t had a winning season since 2013, and their highest finish in the AL Central being 2nd in 2010. It has been difficult for White Sox fans to endure a pretty lengthy rebuild, especially after prospects like Fernando Tatis Jr. were traded away.

However, better days seem to be approaching quickly as the White Sox front office has orchestrated a pretty massive roster overhaul that hopes to accelerate the competitive window by a few years. They have extended young cornerstones in Jose Abreu and James McCann, while adding a solid number of free agents including Yasmani Grandal, Gio Gonzalez, Dallas Keuchel, and Edwin Encarnancion. Outfielder Nomar Mazara was also acquired via trade with the Texas Rangers.

The moves make a lot of sense given the state of the roster before the offseason. The emergence of Tim Anderson and Lucas Giolito got them trending in the right direction. With Spring Training still over a month away, the White Sox are in much better shape and seem to have prioritized finding a balance between fostering young talent, and bringing in experienced veterans to help mold them into solid and productive major league players.